For the last five years that I worked as a Business news reporter at The Oklahoman in the early 2000s, my job was to cover Oklahoma’s ‘tech’ industry.

It was exciting to see new Oklahoma technologies bubbling up all the time. Health care was big. Software. Products developed in labs of university professors.

Sometimes, I got an early look at an emerging technology through the Donald W. Reynolds Governor’s Cup collegiate business plan competition. Now called the Love’s Entrepreneur’s Cup, the annual event is managed by i2E, Inc., the not-for-profit corporation that provides business advisory services and investment to Oklahoma startups.

Students from campuses across Oklahoma compete annually in the Love’s Cup and pitch some amazing technologies.

Anyway, back in 2009 I met a young Oklahoma State University student named Shoaib Shaikh, who pitched a concept developed around explosive detection technology at the Love’s Cup. The intellectual property was developed in the labs of a couple of OSU professors.

The team did not make the finals of the event.

But guess what? The students and the professors continued to pursue the technology and launched a business to advance it. It was called XploSafe, LLC.

Today, more than 10 years later, XploSafe is an emerging Oklahoma success story and still based in Stillwater. And Shoaib is its CEO and chief financial officer.

XploSafe has broadened its menu of safety products to include homeland security and first responder applications, air monitoring for chemical and vapor detection, transportation security and hazmat safety. 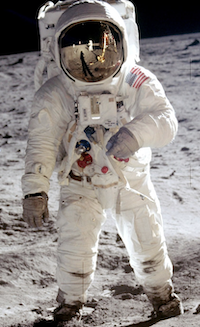 The company continues to make groundbreaking news on a regular basis. Just two months ago I published news that XploSafe had been awarded the Green Chemistry Challenge Award by the Environmental Protection Agency for a sorbent product it developed for the removal of phosphorus and nitrogen from water.

This week, I received a news release from XploSafe that revealed it has been awarded a $750,000 Phase II Small Business Innovation Research (SBIR) program research contract from NASA. XploSafe will develop sorbents to protect astronauts from potentially harmful contaminants in their spacesuits.

Here is the entire XploSafe news release about the NASA award:

Stillwater, OK – 19 August 2021 – XploSafe announced today that it has been awarded a $750,000 Phase II SBIR contract from the National Aeronautics and Space Administration (NASA) to advance the development of vacuum-regenerable sorbents for the next-generation of American spacesuits over the next two years.

The XploSafe sorbents shall keep the spacesuit’s internal air-flow free of potential toxic, trace contaminants, which can pose severe health threat to the crewmembers. This capability is necessary for NASA’s upcoming Artemis missions, in which the United States intends to return to the moon by 2024, and the XploSafe team is aiming to submit working prototypes to the team at NASA’s Johnson Space Center for testing within the first 12 months of the project. This can have major a positive impact on the logistics of future space missions by replacing the current non-regenerable sorbent with a vacuum-regenerable sorbent.

Dr. Moumita Bhattacharya, Research Scientist I at XploSafe, stated that “we felt that we had not only met, but greatly exceeded the goals set forth by the team at NASA during the Phase I. Winning a follow-up contract was validation that we had done just that.”

During this Phase II project XploSafe aims to develop and deliver prototypes of the new Trace Contamination Control System that can be directly integrated into the spacesuits’ life support system.

XploSafe’s Operations Manager, Michael Teicheira, had the following to say: “the awarding of this Phase II contract shows just how special our research during the proof-of-concept phase was. Our team is excited to continue showcasing the research and development efforts of XploSafe here on the biggest stage, and we are grateful for another opportunity to show the world what Oklahoma can offer.”

XploSafe based in Stillwater, Oklahoma is a provider of critical safety solutions for homeland security and chemical safety. Their XploSens explosives detection, XPell peroxide safety products, and XCel+ chemical vapor sampling badges are used by first respondes, industrial safety officers, threat assessment officials, and laboratory and chemical manufacturing personnel all over the world. The company holds multiple patents for vapor nanoconfinement technology that facilitates high-capacity absorption, stabilization, and consistent recovery (removal) of a wide range of volatile, semi-volatile, and even reactive organic compounds.

I’ve worked on the periphery of Oklahoma City’s startup community for about two decades, first as a business news reporter at The Oklahoman newspaper, then as communications specialist for i2E, Inc., and now as a freelance writer.

It’s pretty exciting to see local companies announce a breakthrough discovery, a new product or investment that will carry their innovation into the commercial market.

Unfortunately, many worthy developments don’t always make it onto the pages or websites of local news media, whether it’s a newspaper, television or even digital news site.

There are hundreds of voices seeking media attention every day, so it can be pretty daunting to attract the attention of an editor or reporter.

So, I’ve decided that this blog can be a conduit for my entrepreneur friends to find an audience for their news. From time to time, I’ll publish news that comes my way that hasn’t found its way into any other media.

For example, today I want to share some exciting news from a Stillwater-based company called XploSafe. If you don’t know XploSafe, the company describes itself as a provider of “critical safety solutions for homeland security and chemical safety.”

I learned about XploSafe more than 10 years ago when Shoaib pitched the concept in the Donald W. Reynolds Governor’s Cup business plan competition (now known as the Love’s Entrepreneur’s Cup).

Since then, XploSafe has expanded its mission beyond explosive detection to chemical vapor sampling and other areas where detection of potentially dangerous materials is critical.

XploSafe released the exciting SBIR news in mid-October, but received little media attention. I invite you to read their announcement from October 15 below.

Stillwater, OK – 15 October 2020 – XploSafe announced today that it has been awarded a Phase I SBIR contract from the National Aeronautics and Space Administration (NASA) to develop specialized air filtration units for the next-generation of American space suits.

These filtration units will help keep the space suit’s internal air-flow free of any toxic, trace contaminants, which naturally build-up while astronauts use their suits. XploSafe aims to capture these contaminants within their proprietary sorbent media, which could then be vacuum regenerated to enable longer spacewalks and substantially improve time in-suit over the duration of a mission. Such a capability will be required for NASA’s upcoming Artemis missions, in which the United States intends to return to the moon by 2024.

The design of XploSafe’s filtration units would provide astronauts with safer air to breathe, as well as lighter, easier to use suits. XploSafe’s filtration unit would be housed within the Exploration Portable Life Support System (xPLSS) backpack of the next-generation xEMU suits, alongside other critical life-support systems. The company holds multiple patents for vapor nanoconfinement technology that facilitates high-capacity absorption, stabilization, and consistent recovery (removal) of a wide range of volatile, semi-volatile, and even reactive organic compounds.

XploSafe’s Operations Manager, Michael Teicheira, had the following to say: “we are ecstatic about this opportunity to showcase the research and development efforts of XploSafe here on the national and even international stage. The prospect of our products enabling astronauts to spend more time in space is an enthralling one, and we are so grateful for this opportunity to show what a small Oklahoma research company can achieve.”

XploSafe based in Stillwater, Oklahoma, is a provider of critical safety solutions for homeland security and chemical safety. Their XploSens explosives detection, XPell peroxide safety products, and XCel+ chemical vapor sampling badges are used by first responders, industrial safety officers, threat assessment officials, and laboratory and chemical manufacturing personnel all over the world.

Congratulations to Shoaib and the XploSafe team.