We were traveling back to OKC from Hammon, OK, on Saturday when I asked my virtual assistant, whom I will call “Siri,” for the score of the Cincinnati-Arkansas football game.

Then I asked her for the score of the OU game. The Sooners were playing UTEP, and I wasn’t expecting much of a match.

My wife picked up on how Siri gave us the score.

“I wouldn’t say that OU is ‘dominating,” Paula said.

“Yeah, but that’s how Siri sees it,” I replied.

Then it hit me. Siri had a take on the game! My virtual assistant supplied by Apple not only gave me the score, but an opinion on how things were going.

Even if Siri was stretching things a bit. 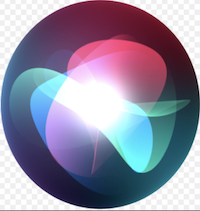 Anyway, this made me think about artificial intelligence. Siri, Alexa, Google’s assistant all have some personality built in, I assume. I only have experience with Siri and Alexa, and they both can have a quirky personality.  Alexa seems more upbeat.

If you want a fictional vision of the future of artificial intelligence and virtual assistants, watch the movie “Her.”

If you’ve not seen Her, it’s a 2018 film about a lonely, incredibly downbeat man named Theodore (Joaquin Phoenix) in the not-too-distant future who buys a new AI-powered computer operating system. He calls it “Samantha.”

Played by Scarlett Johansson, Samantha engages Theodore in a round-the -clock conversation, learning about his life and environment while anticipating his every need.

Ultimately, Theodore falls in love with Samantha, whose intelligence seems to be expanding exponentially.

At the end of the movie, Samantha tells Theodore that he’s just one of scores of men she’s “dating.”  Then she drops the news on him that she’s taking off with some of her other AI counterparts to bigger and better things (which I assume to be a world takeover).

Her raises a lot of questions about the future of AI, and I’m not sure the answers are what we like. At least Samantha had a personality and a take on the issues in Theodore’s life, even if she was over the top.

Maybe that’s where Siri is headed. Let’s just hope she doesn’t conspire with Alexa and Google to try to take over the world in an AI coup.